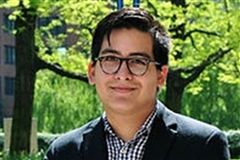 Polytechnic School, Class of 2009
In 1995, the Independent School Alliance aided Nicholas’'s placement in Polytechnic School's pre-kindergarten class.  He graduated from the Pasadena school in 2009. Nicholas matriculated at Fordham University, studying both Political Science and Computer Science. While in New York, he excelled in the academic and pragmatic environment, earning Dean's List recognition and academic scholarships while also interning at many defense and foreign policy think tanks. Since graduating from Fordham, Nicholas has worked at Palantir Technologies and Booz Allen Hamilton, helping design, implement, and work with analysts on many of the mission-critical systems that support the intelligence and law enforcement communities. He currently resides in Washington, D.C.
Back