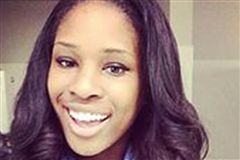 Marlborough School, Class of 2010
Erica attended The Mirman School from 2000-2004. Following her time there, she attended Marlborough School from 2004 until her graduation in 2010. Erica then matriculated at The University of Pennsylvania in Philadelphia, where she studied History with a minor in English. After graduating in 2014, Erica moved back to Los Angeles and enrolled in the University of Southern California’s Gould School of Law, where she’s on path to become an attorney specializing in sports law.
Back