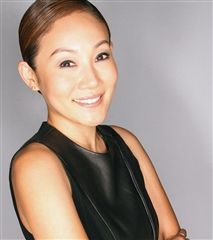 Co-Founder and CIO for ShoeDazzle.com
Mira Lee is an inspirational entrepreneur and award-winning television broadcaster.  Born in Orange County, California, Mira graduated from Biola University with a liberal arts degree.  After college, she moved to Seoul, Korea to pursue her passion in television broadcasting.  Mira quickly became a staple broadcaster for Arirang TV, focused on the entertainment and events sector.
After her broadcasting career, she decided to pursue her teaching credentials with the encouragement of her father, Howard Kwon, who has been a lifelong educator.
Mira's love of fashion and entertainment led her to become an entrepreneur after her teaching years.  In 2001, she and her husband, Brian Lee, created ShoeDazzle.com, with Kim Kardashian.  One of the first subscription-based eCommerce companies, ShoeDazzle raised more than $70 million in venture funding and went on to become one of the most valuable start-ups in America.
Back