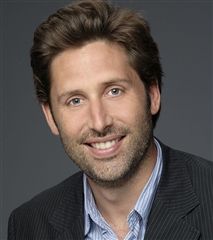 President | President of Heyday Films
Jeffrey Clifford currently serves as President of Heyday Films, David Heyman’s production company based at Warner Bros. At Heyday, he has served as Producer on THE LIGHT BETWEEN OCEANS and Executive Producer on PADDINGTON and PADDINGTON 2.
Prior to Heyday, Clifford oversaw production and development for The Montecito Picture Company, the Paramount-based partnership between Ivan Reitman and Tom Pollock, where he produced UP IN THE AIR starring George Clooney as well as 8 other films during his tenure. He shared responsibility for administering the company's $200mm co-financing facility, Cold Spring Pictures, and he ran the company's annual $2mm development fund.
Prior to working at Montecito, Clifford also served as Vice President of Production at Warner Bros., where he oversaw FIREWALL with Harrison Ford and THE FOUNTAIN, directed by Darren Aronofsky. Before that he was Vice President of Production at Walt Disney/Touchstone Pictures for six years. While there, he oversaw a number of films including THE ROYAL TENENBAUMS, directed by Wes Anderson; 25TH HOUR, directed by Spike Lee; and UNBREAKABLE, directed by M. Night Shyamalan. Clifford began his career as an independent producer in New York, where he produced SAFE MEN, directed by John Hamburg. He graduated from Yale in 1991. In Los Angeles, Clifford currently serves on the board of the Independent School Alliance for Minority Affairs.
Back