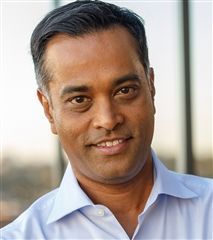 Co-CEO of Casting Networks
Alex Amin has spent his career building, acquiring, and operating mid-market technology businesses, resulting in consummated transactions with companies including Tribune Media, Hearst Entertainment, The New York Times, and Idealab. He is currently the Co-CEO of Casting Networks, a private-equity backed software company that connects casting directors, agents, and talent.  He is co-founder and Managing Director of POV Partners, an investment vehicle that seeks acquisition opportunities in the entertainment software and services category, and a board advisor to Signal Entertainment Marketing, a joint venture with WME-IMG.
Alex is a graduate of UCLA.  He started his career in film and television production, working at 20th Century Fox and MGM Studios.  He is Chairman of the Advisory Council at the Independent School Alliance for Minority Affairs and lives in Los Angeles with his wife and two sons.
Back