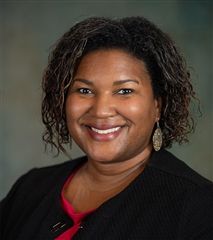 Assistant Head for Sequoyah School
Azizi Williams is the assistant head of Sequoyah School, an independent progressive school located in Pasadena, California. After graduating from high school in Pasadena, Azizi was awarded the California Youth Leadership Award from the University of California, Berkeley. At UC Berkeley, Azizi attained her Bachelor of Arts in sociology while working as an assistant teacher in the university preschool program and pursuing a certificate in early education. In 2002, Azizi was given the opportunity to be a lead teacher at the UC Berkeley Harold E. Jones Child Study Center, the longest continuously running child study center in the United States. In 2007, Azizi returned to Southern California where she taught a kindergarten/1st-grade class for two years before becoming assistant head at Sequoyah. Azizi received a Master of Arts in educational leadership from the Klingenstein Institute at Teachers College, Columbia University in May 2017. Azizi is currently on the board of trustees of the Wildwood School and is on the board of the Southern California People of Color in Independent Schools, which works to promote equity, diversity, and social justice in independent schools. Azizi and her two daughters, ages 12 and 15, live in Sierra Madre, California.
Back